The nose is one of our most important sensory organs. There may be dysfunctions caused by congenital and physical factors in later ages. Some may not be satisfied with the aesthetic appearance of their nose in general. Noses that have been deformed both functionally and aesthetically due to physical deformations can be corrected by various operations. With medical interventions, breathing problems, sleep quality and aesthetic appearance problems can be solved completely or to a great extent. Deformities caused by physical factors are removed by aesthetic operations.

When patients apply with us complaining of being uncomfortable due to congenital or acquired form and functional disorders, they are directed to appropriate treatment methods and operations after the examinations made by our specialist physicians. During the examination, the patient is informed of what kind of operation will be appropriate after carefully examining all factors such as the patient’s age, weight, facial structure and type, whether the complaint is congenital or acquired, history of the discomfort, past treatments and operations, and the post-operative appearance following these operations. A decision is made with the involvement of the informed patient.

As a result of the complaints and demands of the patient and the evaluation of these by the specialist doctor, the appropriate operation can be performed in two ways, open and closed. Both methods have different advantages.

Generally aimed in nasal aesthetic surgeries are;
• Straightening the arched nasal bones
• correction of curvature, if necessary
• Correcting the tip of the nose proportionally to the face and adding volume if necessary
• Eliminating the elements that interfere with breathing in the nose
• Elimination of deformations caused by fractures and cracks

Open surgery facilitates some interventions as it allows the doctor to clearly see the entire surgical stage. For this reason, it is preferred more by patients.

Closed (no trace) surgery is an operation that is performed without leaving any scarring after the operation. This operation is more difficult to apply than open surgery. The incisions are made through the nostrils and the surgery is performed. When viewed from the outside, there is no scar. 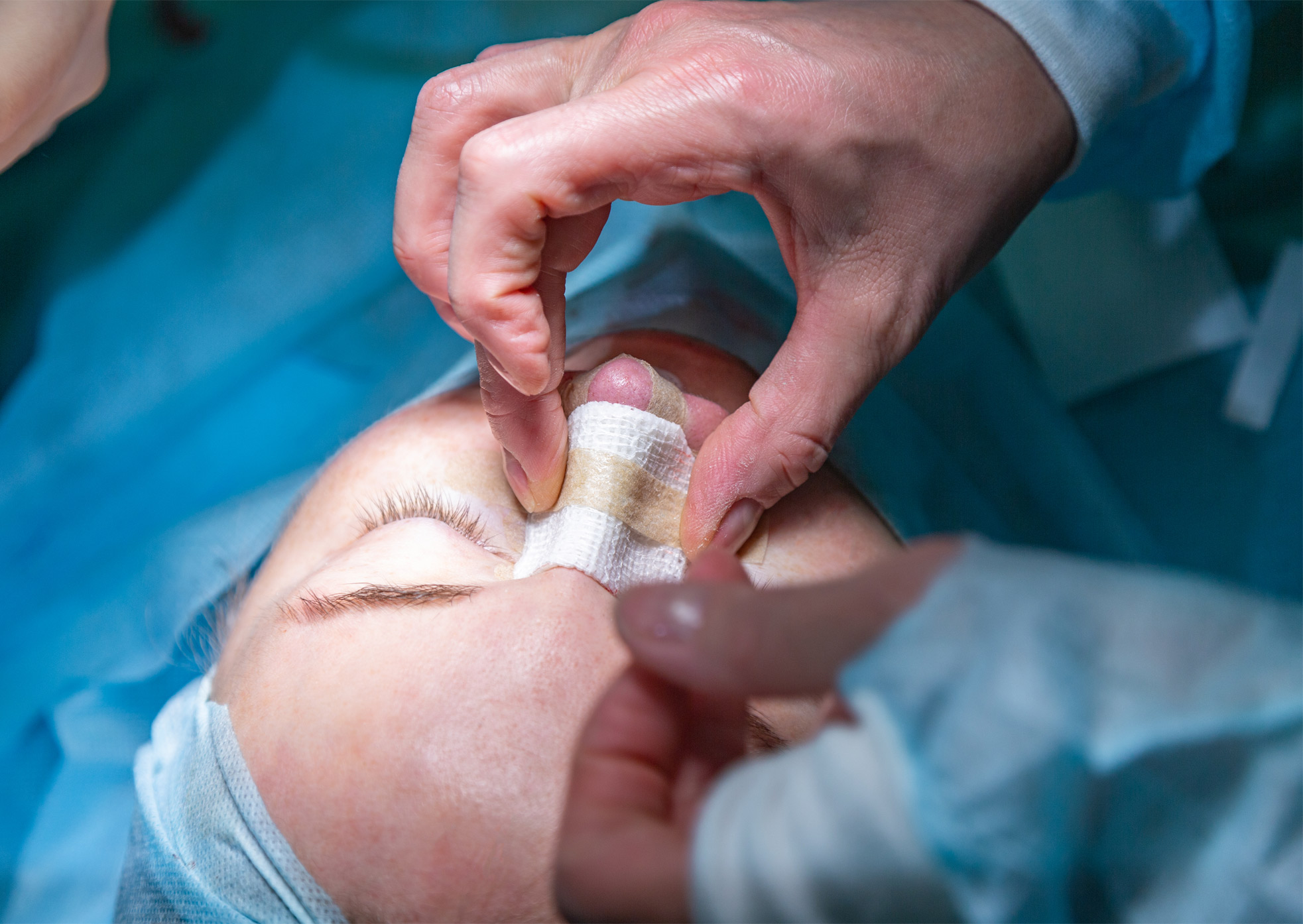 In all operations, the procedures agreed with the patient before the operation are adhered to and no extra intervention is made.
Post-operation is as important as pre-operation. It is important for the healing process for the patient to comply with the warnings and recommendations of the doctor after the operation. Until the patient is fully recovered, physical activities that will damage the operated area should be avoided, and attention should be paid to the use of medication and necessary medical care interventions.

• After the operation, there may be swelling, edema and bruising on the face and cheeks. These are the effects of the operation and begin to decrease within the next two days, and if the patient acts with care, they will completely disappear within 1-2 weeks.
• Smoking negatively affects the healing process. For this reason, if the patient smokes, he should inform his doctor, stop smoking before the operation and never smoke during the recovery period.
• Doctor informs the patient on the precautions to be taken to reduce swelling, bruising and pain after the operation and what should be done
• In cases where the nose is placed in a plaster cast, the duration of the plaster stay varies depending on the operation performed, but it is usually removed by the doctor within a week.